“An myoelectric forearm prosthesis for the midle class amputee. It is designed to be aesthetically groundbreaking, light, comfortable and cheap, which we achieve through 3D printing technologies.” 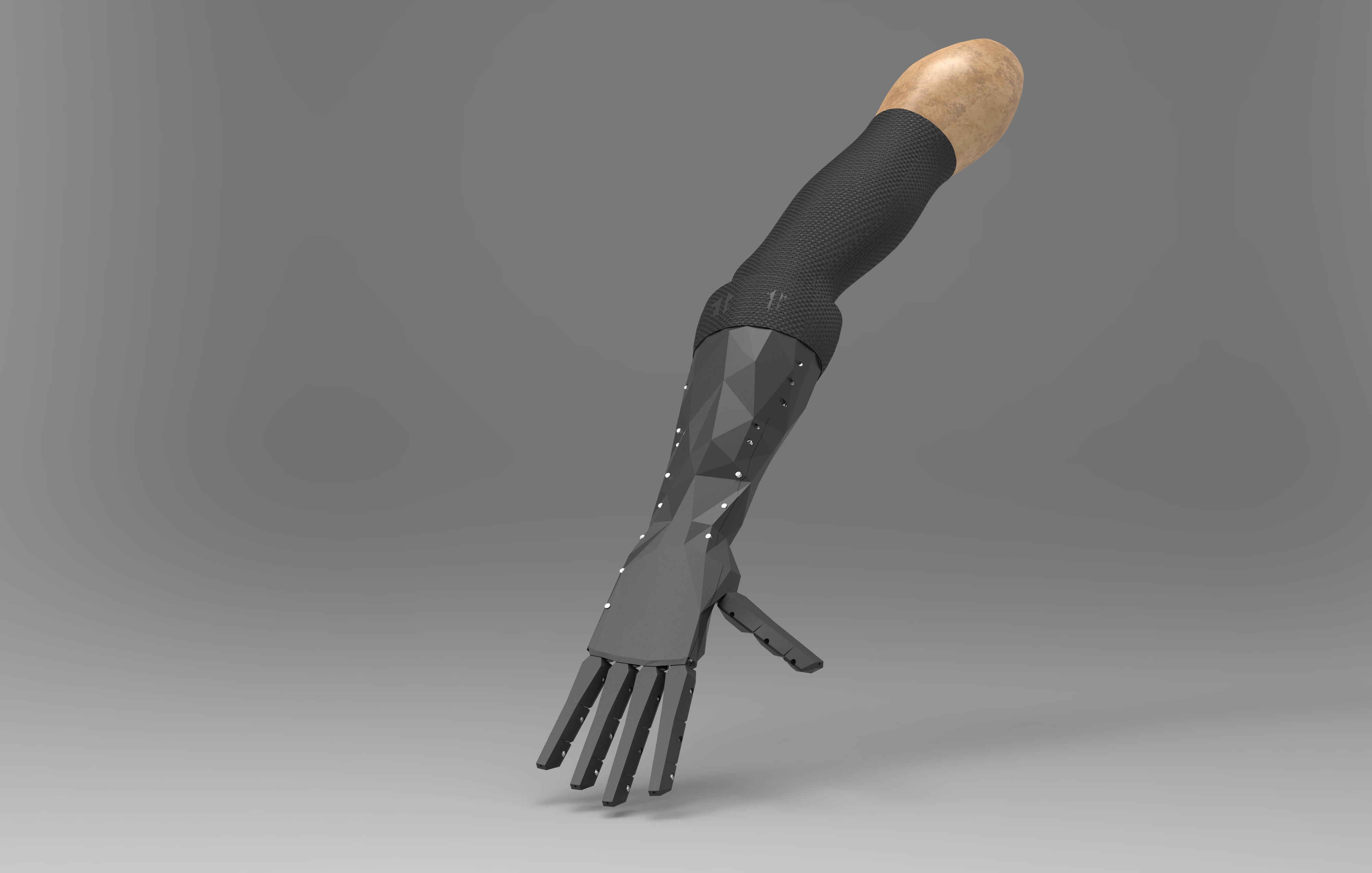 Our design is focused on improving the experience of an amputee in relation with its prosthesis.
The first problem to solve was designing a fit that adapts to the patient’s stump in order to reduce pain so that the user can make an unlimited use of the prosthesis. Thanks to the use of 3D printing technologies we can design a stump-prosthesis joint that perfectly adapts to the needs of each user. This subjection system is designed as an adjustable brace so that the user can regulate how tight the prosthesis holds to the stump.

The structural components of the prosthesis such as the finger parts, the palm of the hand or the forearm are 3D printed, allowing us to use the minimum quantity of material. This has a significant impact when reducing weight and price of the final product.

The muscular sensors are located at the inside of the stump cavity of the prosthesis. A ring of EMG Arduino sensors hugs the stump and reads the nervous signals at muscle terminations. These signals are then processed and amplified, sending an order to the mechanism that activates the movement of the wrist or fingers. EMG sensors are the most precise and affordable for prosthesis design, as they are specially designed for this purpose, and the fact that they are Arduino compatible makes them very versatile.

The movement mechanism of the prosthesis is controlled through servo motors. There is one servo for the movement of each finger plus one last servo that controls the movement of the wrist. Each finger is extended or contracted by pulling a steel wire with the servo motor in one direction or another. A bearing at each axis of rotation provides a smooth and friction reduced movement. The rotation of the wrist has been displaced towards the stump, more precisely between the subjection brace and the electric components location. This has been done to avoid relative movements between the forearm and the wrist, which would affect the tension of the finger cables. 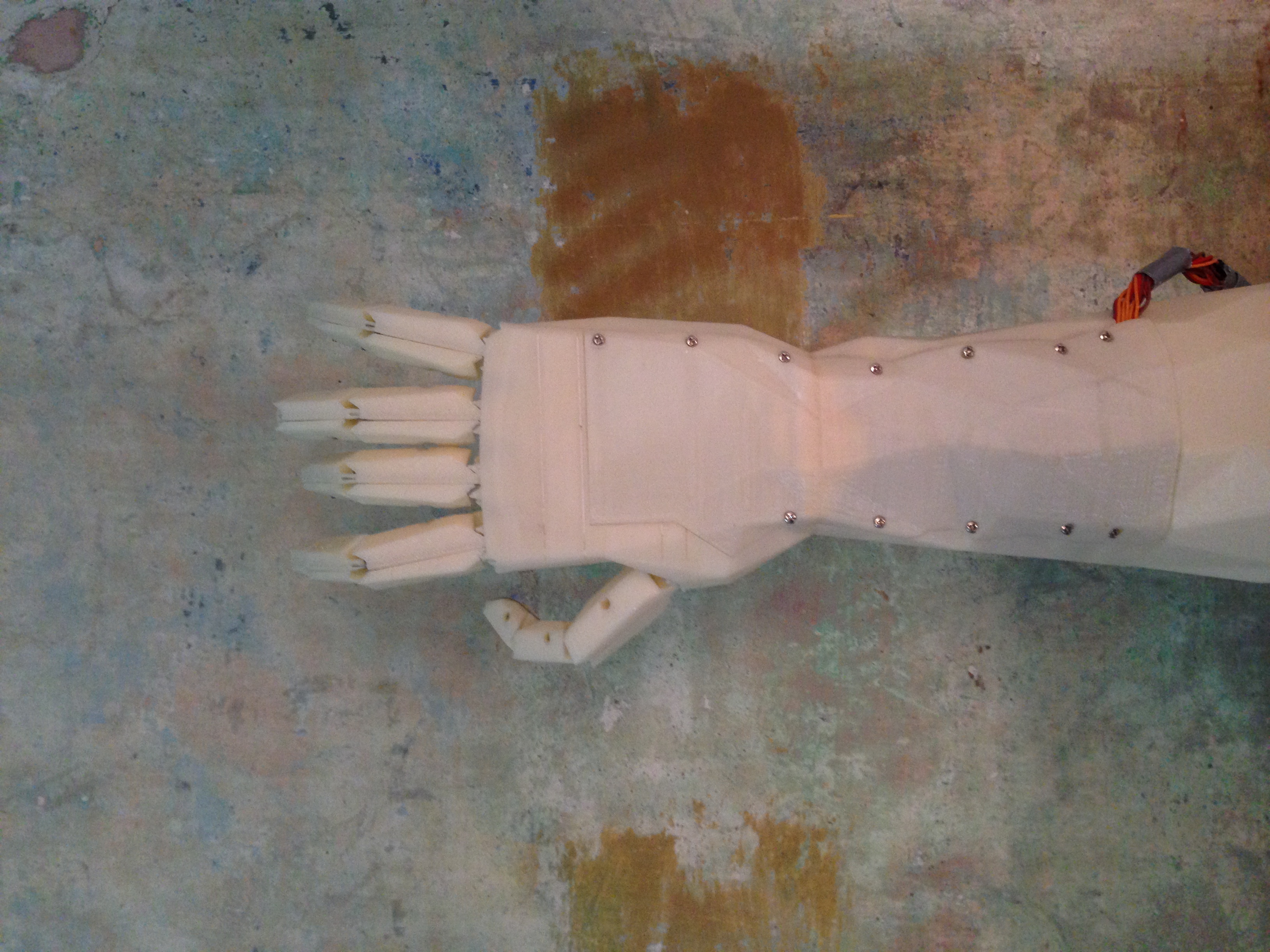 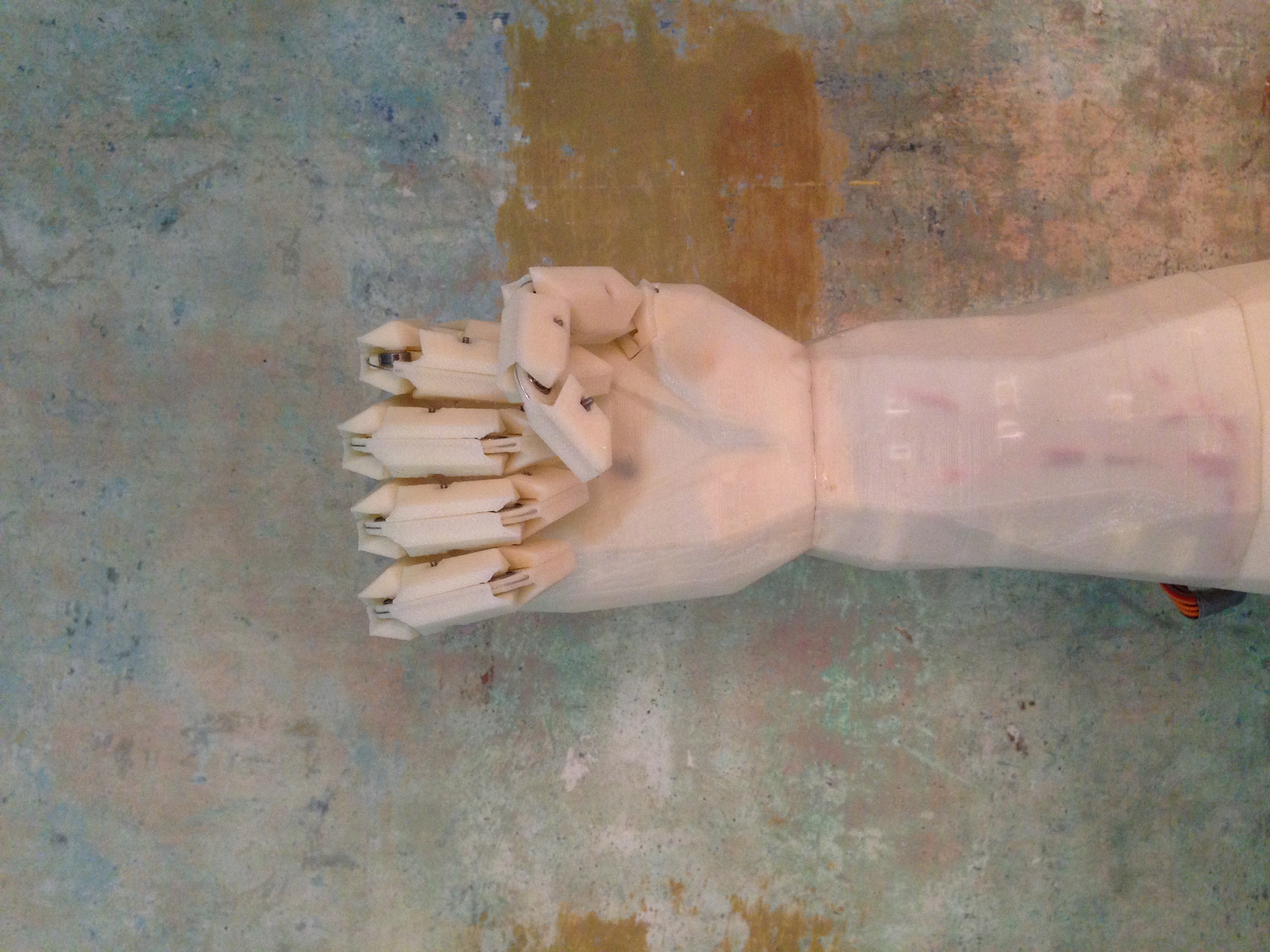 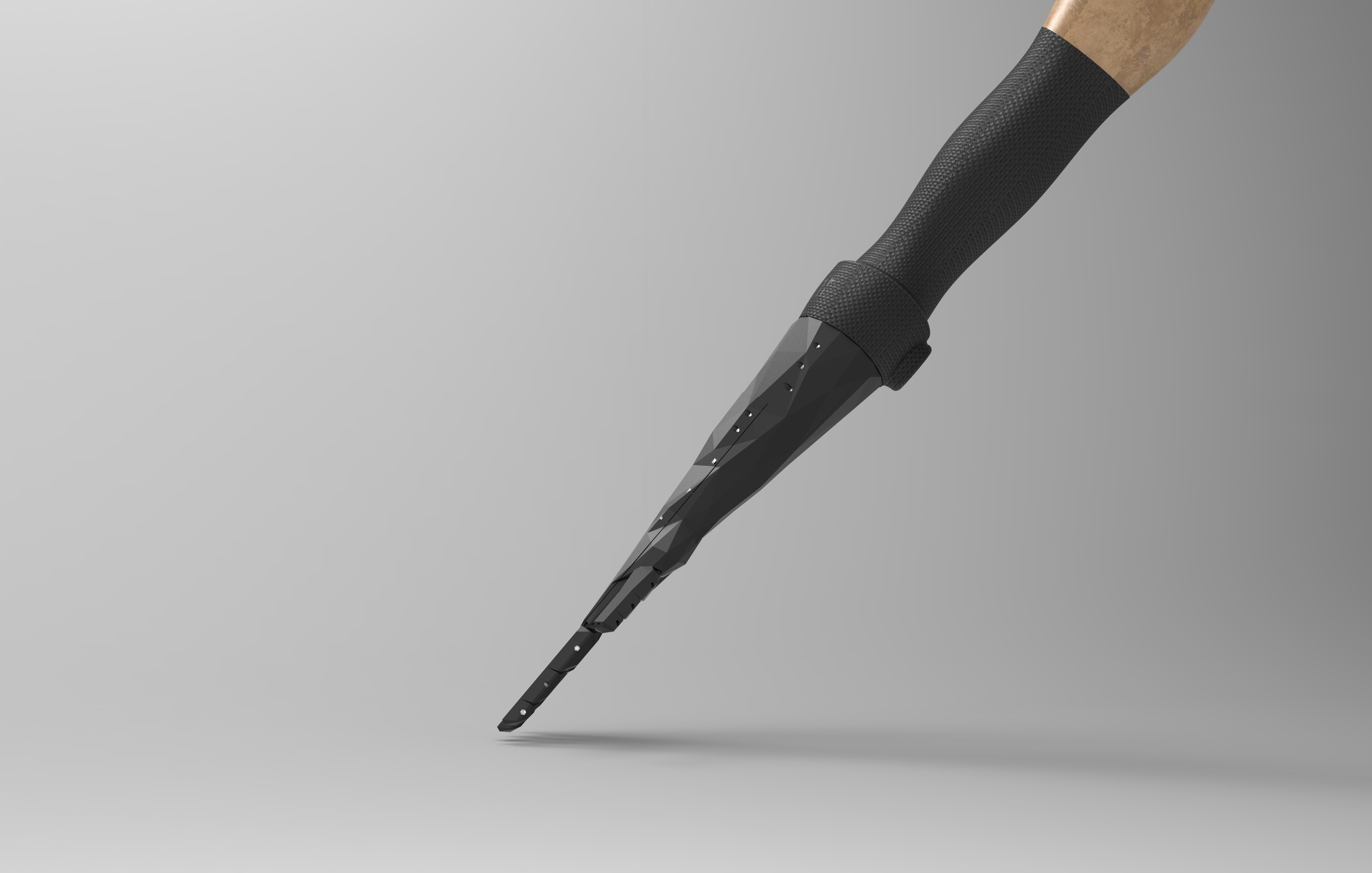 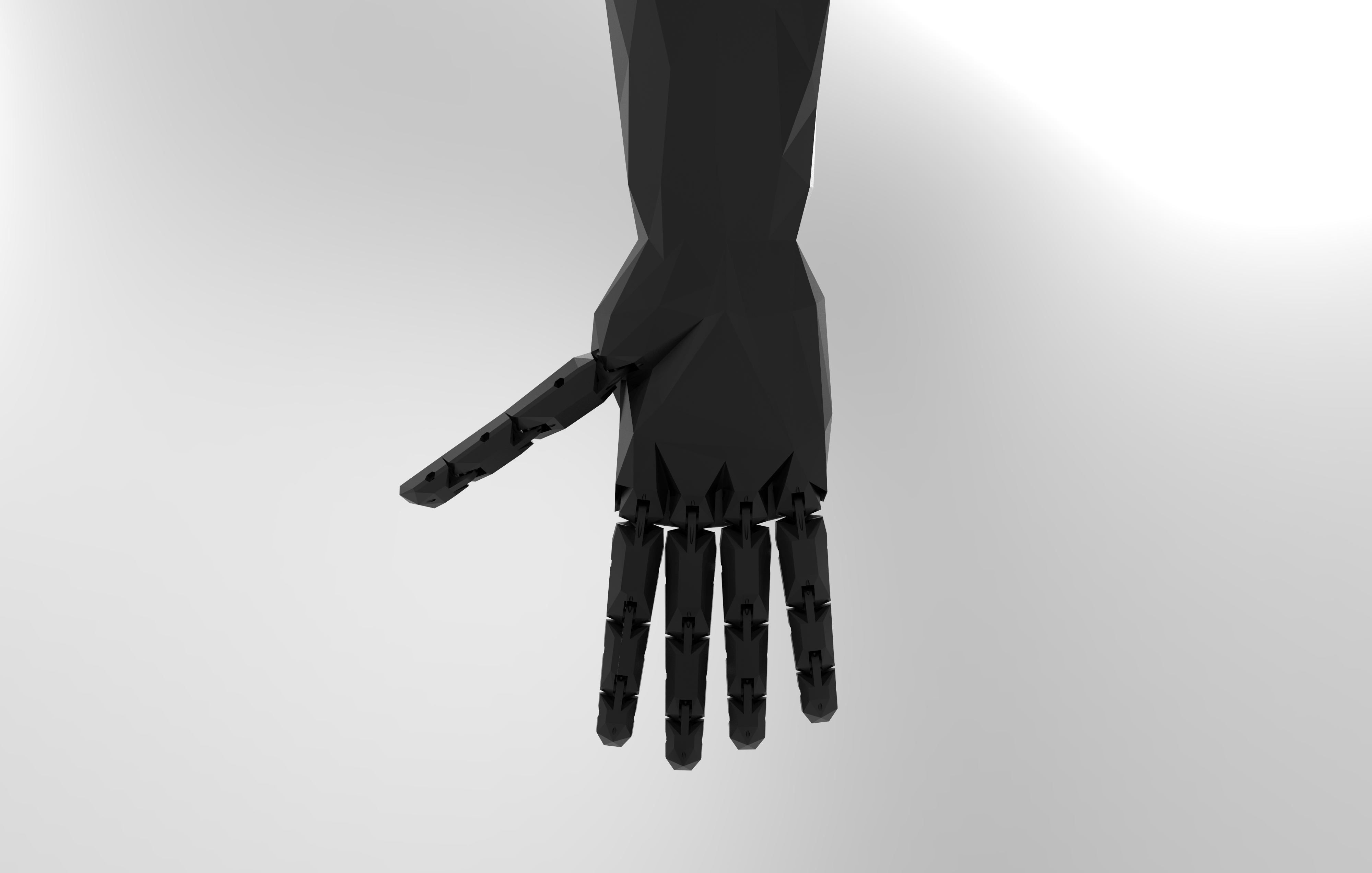 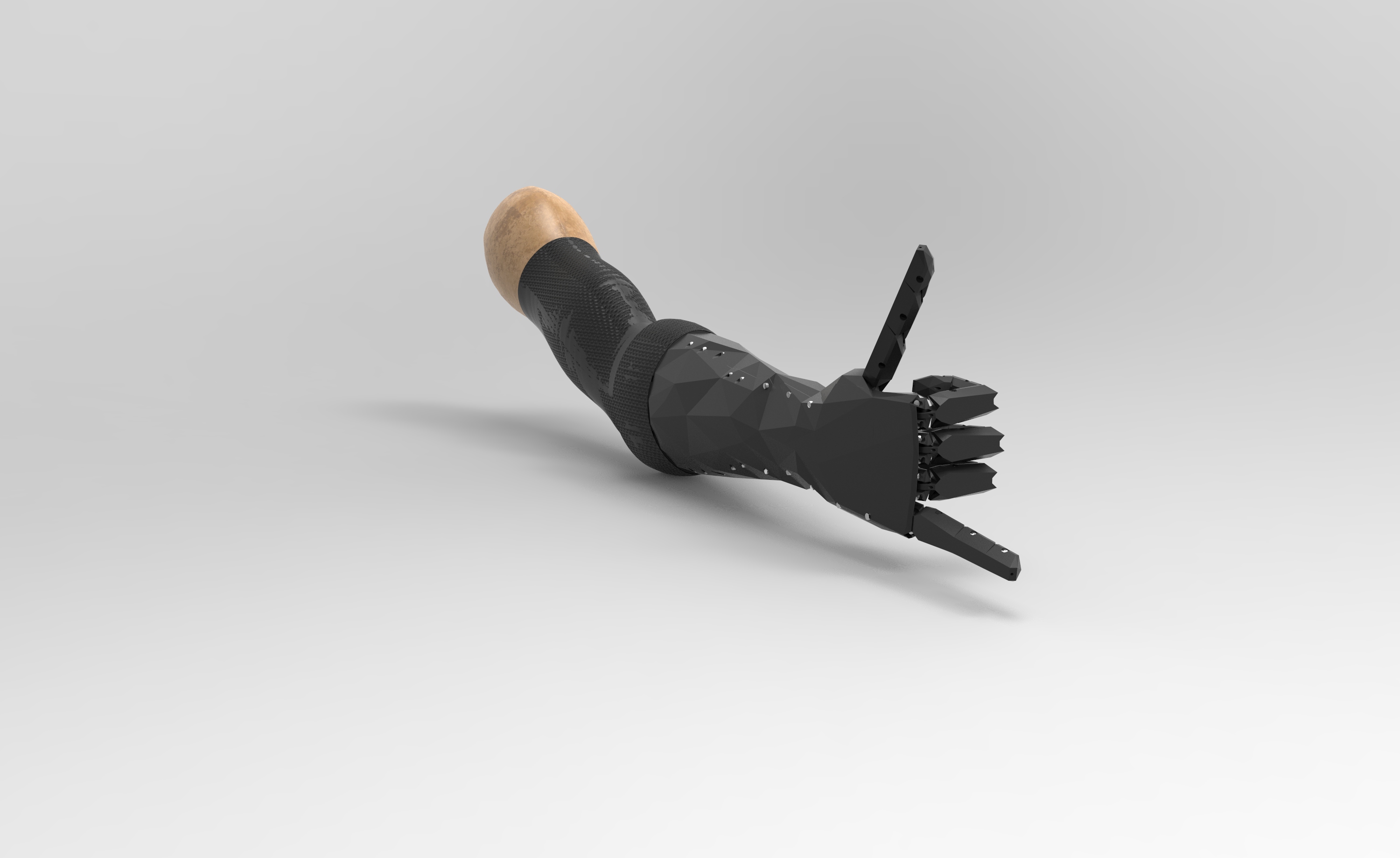 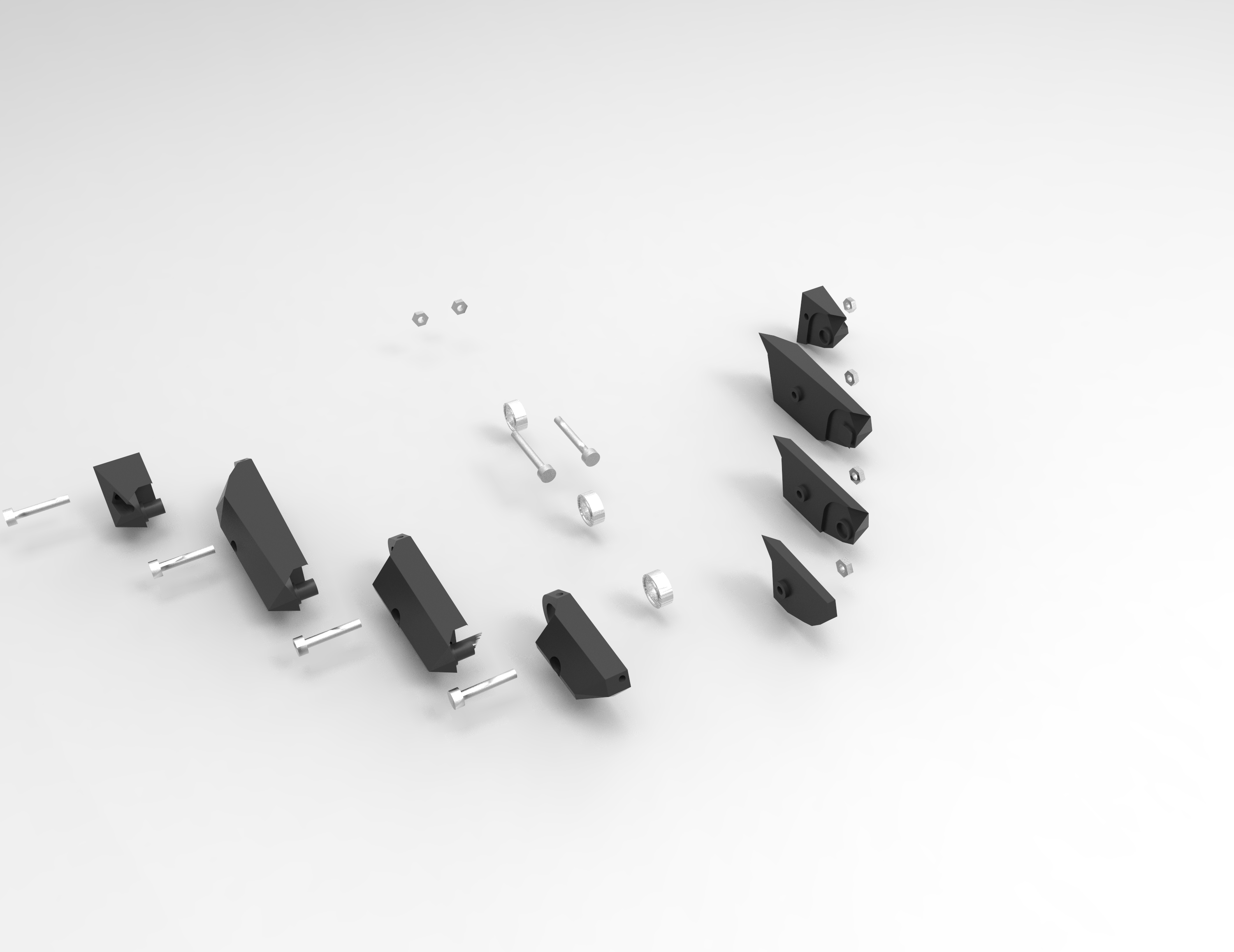 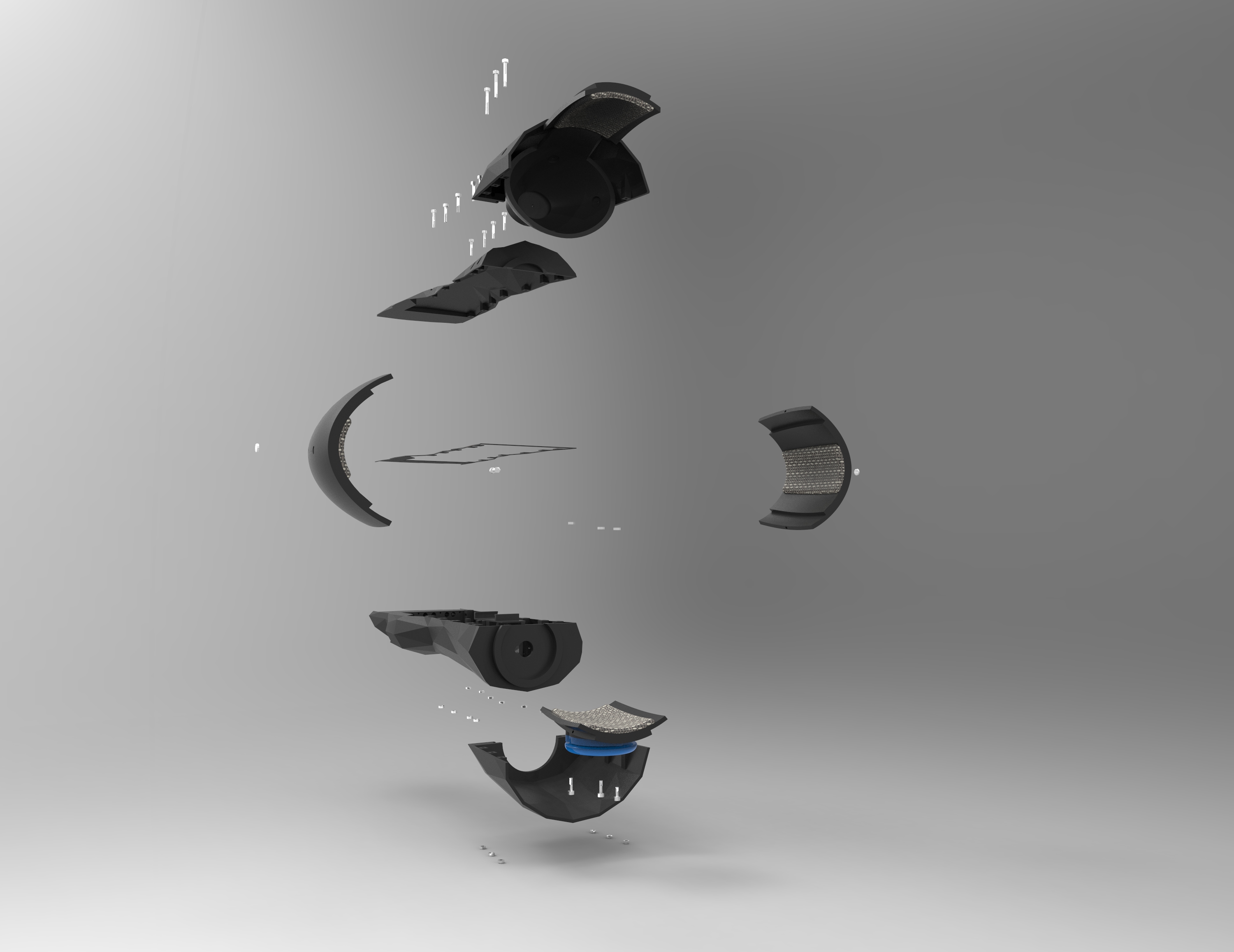